On 21st, April Josh Long (Pivotal) was in Darmstadt at the JUG-Darmstadt and gave a talk about SpringCloud (Cloud native Java). 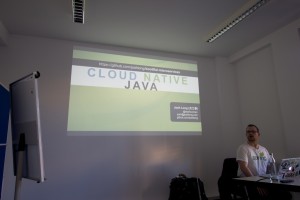 Monolithic gravity: A large system will attract new features and changes. In the process it will become larger and eventually collapse.

The starting point of the first service was the URL http://start.spring.io where he created a small SpringBoot Maven Project. Multiple times he emphasized that you should select jar.   Make Jar not War!  ;-) Next to this introduction he expanded the reservation service by other services. Among others a configuration service (Config Server). 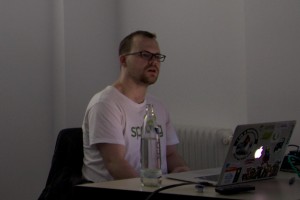 During the next steps he introduced a bunch of other features of SpringCloud by extending the example with Eureka, Zipkin, Zuul, RabbitMQ and Hysterix. Also he mentioned Brixton, Sleuth, Zookeeper and Consul. 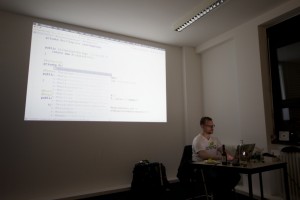 After 3 hours he finished his „short overview“ and was very sorry that he could not show more… ;-) In my opinion it was a great and very informative and entertaining talk about SpringCloud with a lot of impressive live coding. Thanks a lot Josh for the interesting talk! 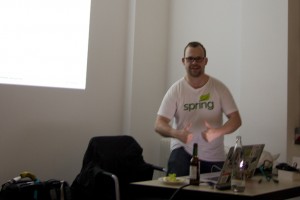 Many thanks to Accso for the hospitality! 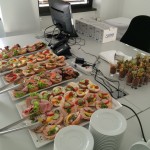 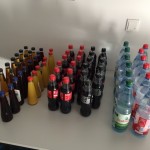